9 days ago
Duration0:50
Zexi Li, a government public servant, is the face of a class-action lawsuit filed against organizers of the convoy of truckers and others who are protesting vaccine mandates in the nation's capital. 0:50

The incessant honking that disrupted the lives of many downtown Ottawa residents for more than a week fell mostly silent on Monday, thanks largely to a young woman named in a class-action lawsuit against the protesters who are occupying the capital.

Zexi Li is a public servant behind a proposed $9.8-million class action filed with the Ontario Superior Court of Justice, which sought an injunction prohibiting the defendants, or any other participant in the anti-vaccine mandate convoy protest, from using vehicle horns in the vicinity of downtown Ottawa. 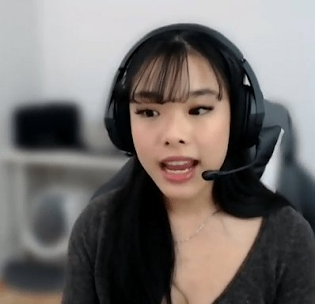 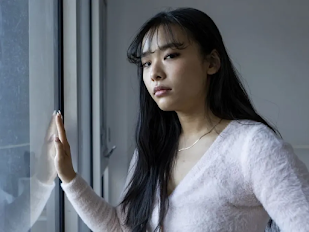 ...Who is the group behind this lawsuit ?

The court granted the 10-day injunction Monday, banning honking in the area north of the Queensway, the city's main east-west artery. According to the order, police are now authorized to arrest and remove anyone who they believe is intentionally contravening the order. Typically, such nuisances fall under the city's bylaws and are subject to a fine.

"It's honestly such a stark difference. The past fortnight, honestly, has not felt really real." Li told CBC News on Tuesday. "Now that it's quiet, it feels even more jarring, in a good way."

When truckers and other protesters began pouring into the nation's capital nearly two weeks ago, Li said she walked around her downtown neighbourhood to speak with them.

"I had some really great conversations," she said.

While she met some sympathetic people, she said others seemed to care little about what local residents were going through.

Downtown residents have been subjected to relentless honking, random fireworks and choking diesel fumes from trucks parked near their homes. They've expressed outrage over the open display of hate symbols, and some say they've been the target of racial, homophobic and transphobic slurs. Others claim they've been attacked for wearing masks.

Some residents have sought refuge elsewhere, fleeing their downtown homes due the noise and other forms of harassment.

Li said she invited an Ottawa police community liaison officer to meet with her neighbours, giving them a chance to air their grievances.

"I had to really make sure our voices are heard," she said.

During that meeting, one of her neighbours who happens to be a lawyer noticed Li's leadership.

"They saw the role that I was taking and felt that I might be an appropriate candidate to forward to Paul Champ, who is now my lawyer in the class-action case," she explained.

"We were thrilled yesterday to obtain this win for our client, who've just been so brave and courageous in stepping forward," said Christine Johnson, a lawyer with Champ and Associates, on Tuesday.

"[Li] said the worst part was almost the brief gaps in between the honking, [when] she was riddled with anxiety in anticipation for the moment it would start up again, even with noise-cancelling earphones," said Johnson, reading from an affidavit.

Since the honking began, many downtown residents have downloaded apps to measure noise levels. Inside Li's own apartment, the din regularly reached 84 decibels, the same level as a lawnmower, said Johnson, citing an ear, nose and throat doctor.

"It's really been horrendous for people living in downtown Ottawa," said Champ.

Champ said he's assembling a team to hand out the order documents across the downtown area so protesters are aware of the injunction. He'll appear before the judge again on Feb. 16, before the order expires, to see about having it extended.

During the hearing, Keith Wilson, a lawyer representing three protest organizers named in the suit, argued that his clients — Tamara Lich, Benjamin Dichter and Chris Barber — are not personally responsible for the noise.

"There is more evidence before you that downtown Ottawa residents don't feel they're being harmed and this is part of the democratic process," Wilson said at the time.

Li said she knew being the face of this lawsuit was going to be a challenge, but has been pleasantly surprised by the "outpouring of love" from her community.

"I kind of intentionally put a target on my back, but really, I'm more than happy to do so, if it means that I can make a difference for the community."