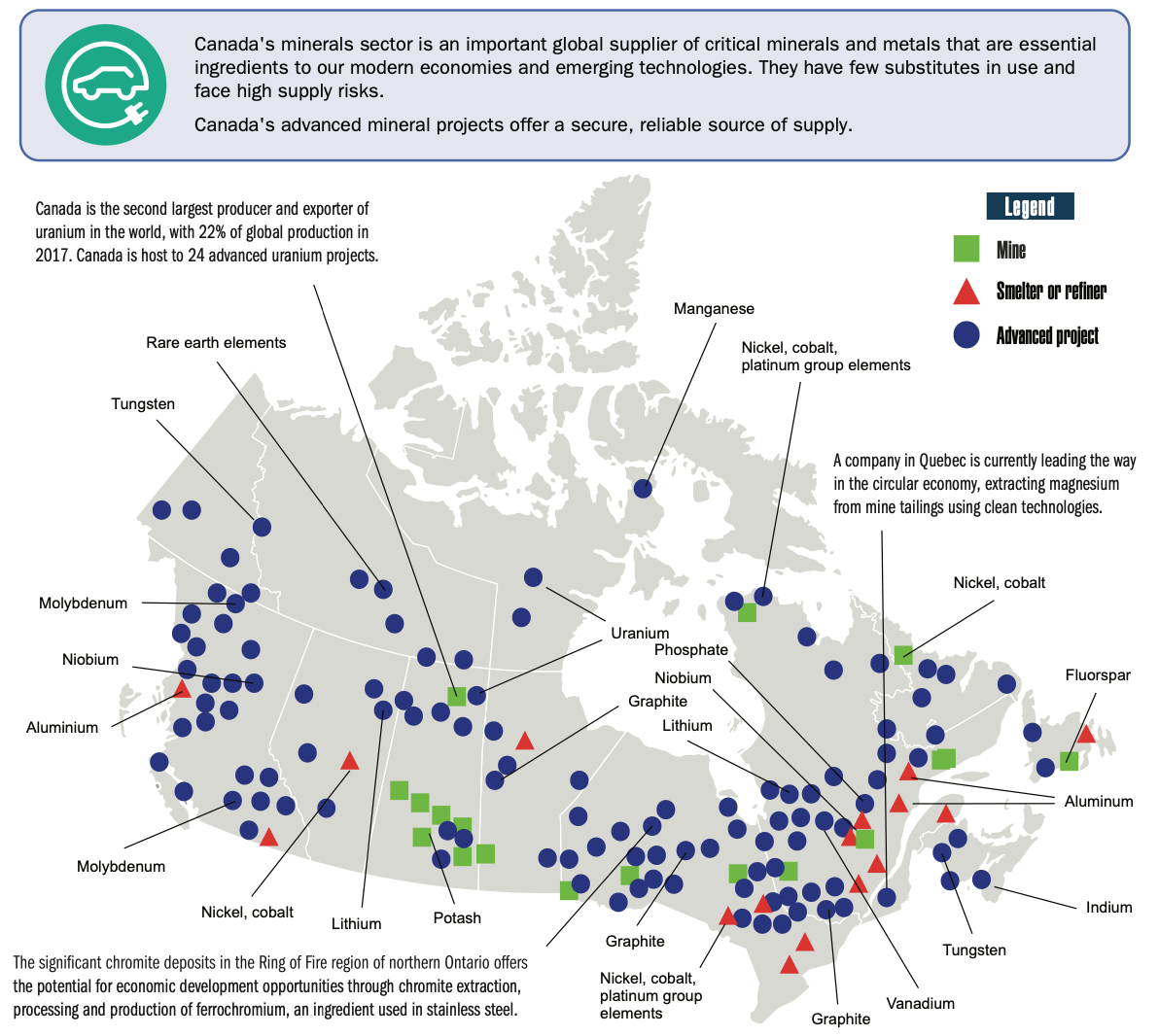 During a hearing called on Thursday by the industry and technology committee, Mr. Champagne was asked on multiple occasions when he became aware of Zijin’s plans to buy Neo Lithium, but he would not answer. Instead he repeatedly insisted the deal was subject to a rigorous security review. 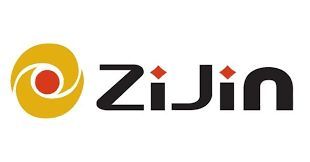 When Mr. Champagne was asked if he got a briefing from his officials on the Neo Lithium transaction, he declined to answer, saying he wasn’t at liberty to give details because of confidentiality requirements under the Investment Canada Act, or ICA.

Zijin’s acquisition of Toronto-based Neo Lithium was announced in October, and approved in the shortest time frame possible under the ICA.

“The law states they have 45 days after announcement to start a [formal security] review, if they believe there is a specific concern,” Carlos Vicens, chief financial officer of Neo Lithium, wrote in an e-mail to The Globe and Mail this month. “The timeline passed in early December, and no review was done.”

The Industry Minister has come under fire from the Conservative opposition, and several well-regarded security experts questioned not subjecting the deal to a formal security review under Section 25.3 of the ICA, a process that would have taken many months, and necessitated a much more thorough drilling down on national security. 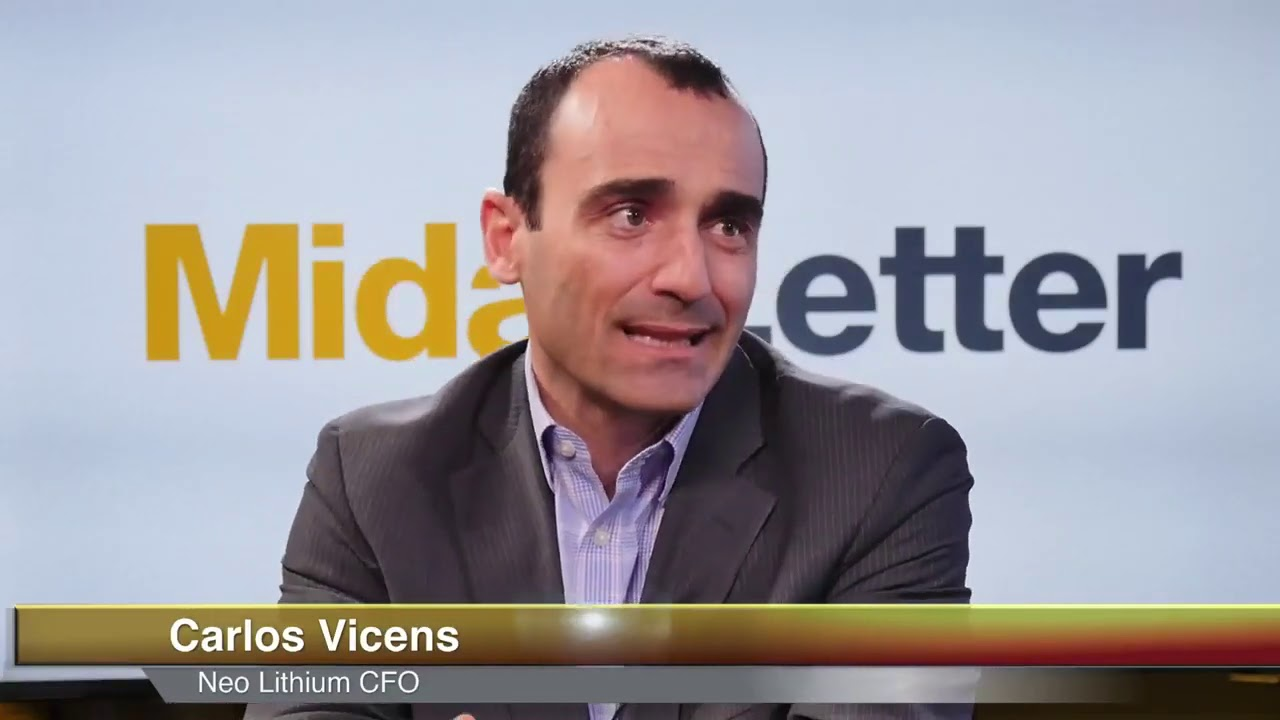 The Neo Lithium deal was approved after updated ICA guidelines last year, at the behest of Mr. Champagne, that mandated all deals involving state-owned firms acquiring Canadian companies, as well as those involving critical minerals assets, be subject to “enhanced scrutiny.”

Canada and the United States pledged in 2020 to work closely together to ensure a reliable supply of critical minerals such as lithium. But Mr. Champagne would not answer in the Thursday hearing whether he discussed the Neo Lithium deal with the U.S., or any of Canada’s allies.

Neo Lithium plans to build a high-grade lithium mine in Argentina. Its 3Q project has enough reserves to produce battery-grade lithium for 50 years.

Lithium is widely used in electric cars and energy storage, and is one of several battery minerals that is key to the transition to a low-carbon economy. At the moment, Canada has no lithium mines, no lithium processing plants, and no lithium ion battery plants. The industry is dominated by China, which is among the biggest miners of the element, and commands a 60-per-cent global share of lithium refining.

The Neo Lithium deal was announced a few weeks after the federal election, during a period when Parliament was suspended, and before Prime Minister Justin Trudeau announced his cabinet, which saw Mr. Champagne continue in his role as Industry Minister.

On Thursday, Mr. Champagne testified in the committee hearing that the deal was “systematically and thoroughly reviewed and scrutinized,” by the government and national security experts. It was deemed to pose no risk to Canada’s national security, and determined it would have no impact on Canada’s lithium ambitions.

The Industry Minister said that since Neo Lithium’s project is located in Argentina, any future lithium production is unlikely to make it into the Canadian supply chain. He also maintained that the type of lithium that Neo is planning to produce, called carbonate, is not as highly valued to the North American supply chain as hydroxide, because batteries that use carbonate don’t last as long.

But several industry experts have argued the very opposite that lithium carbonate "is" strategically valuable.

Caspar Rawles, chief data officer with Benchmark Mineral Intelligence in London, told The Globe that carbonate is more widely used than hydroxide in the electric-car industry and is trading at a premium. Because of a shortage, some companies are now converting hydroxide to carbonate. 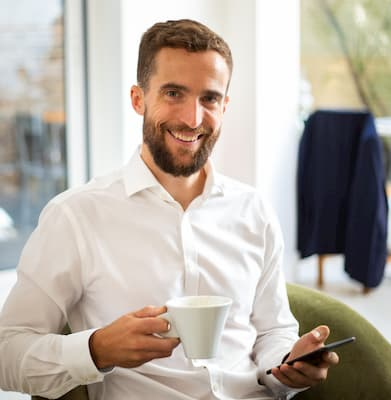 China [Canada's #1 enemy] buying a Canadian lithium mining company is part of a wider strategy by the Chinese to become “dominant in global high-tech manufacturing,” an analyst told a parliamentary committee Wednesday.

“Securing access to lithium and other critical mineral reserves is essential to the achievement” of that industrial policy, said Jeff Kucharski, a senior fellow at the Macdonald-Laurier Institute and adjunct professor at Royal Roads University. 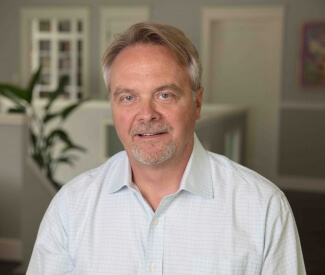 The Canadian mining company Neo-Lithium, which has a lithium mine in Argentina, announced it was being bought by the Zijin Mining Group in October. The House of Commons industry committee launched a study of the $960-million acquisition after the Conservatives criticized the government earlier this month for not holding a national security review of the transaction.

Kucharski said the Neo-Lithium deal follows at least two other acquisitions of Canadian lithium companies by Chinese companies in the past few years, and the process under which the government considers each transaction on its own merits misses the big picture.

“How can Canada build a lithium supply chain or any other critical mineral for that matter, when it allows the assets of Canadian companies to be acquired by a country that seeks to cement its dominance in this sector?” he said.

Kucharski said he’s not “arguing that this deal should have been denied because the lithium from this company would have necessarily have been used in Canada. We currently don’t have a lithium industry here to use it…But we never will if we allow all of our lithium companies to be sold off.”

While the Canadian government can’t and shouldn’t compel a company like Neo-Lithium to send their lithium to Canada, companies like these are “building blocks for building a supply chain,” he argued.

Guy Saint-Jacques, a former Canadian ambassador to China, said that since the early 2000s, China has encouraged its state-owned companies to invest in other countries in order to secure long-term supplies of resources including critical minerals. 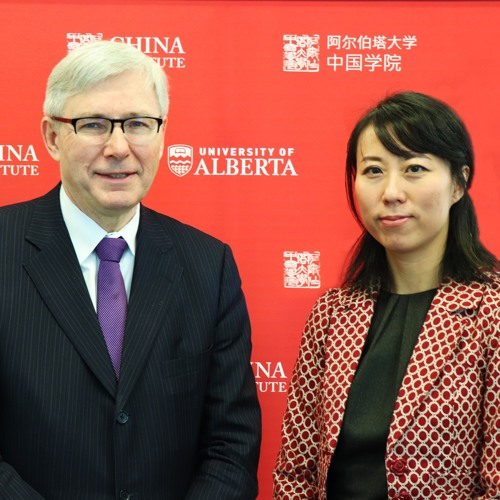 He noted that given Neo-Lithium’s mine project is in Argentina, “I must say that it is not obvious to me to see how Canadian national security would be directly threatened by this acquisition.”

Saint-Jacques said the case “raises a more general and important question” about what the Canadian government’s policy is to support domestic production of critical minerals, and what concrete actions Canada can take on the issue by working with allies. “That should be where we need more attention and more efforts,” he said.

A spokesperson said that all transactions involving “critical minerals are systematically and thoroughly scrutinized by the Investment Review Division in concert with the responsible government departments and Canada’s security and intelligence community.”

It’s only if that review process finds the transaction to be “of potential concern” that a national security review is triggered.

Liberal MP Andy Fillmore, parliamentary secretary to the industry minister, has also argued that Neo-Lithium isn’t really a Canadian company, and only registered on the TSX to raise money. 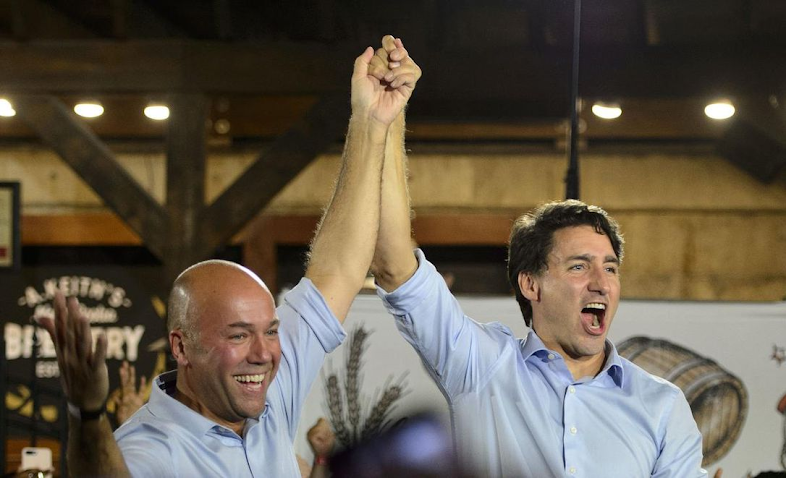 Wesley Wark, senior fellow at the Centre for International Governance Innovation, said the government should have taken more time for that initial review process that determines whether to go ahead with a national security review. He called the decision not to trigger that formal review under the Investment Canada Act a “mistake.” 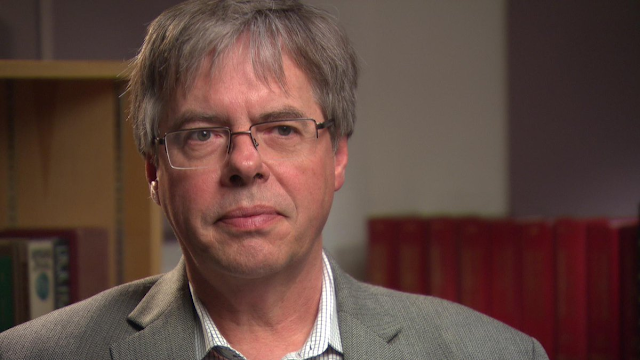 Lithium is classified as a critical mineral by the Canadian government, and is significant due to its use in batteries, especially as industries like the auto industry move toward electrification.

Flavio Volpe, president of the Automotive Parts Manufacturers’ Association, told the committee under the Canada-United States-Mexico Agreement, “Canada’s auto industry and its supplier industry does not benefit from sourcing lithium from outside of North America.” 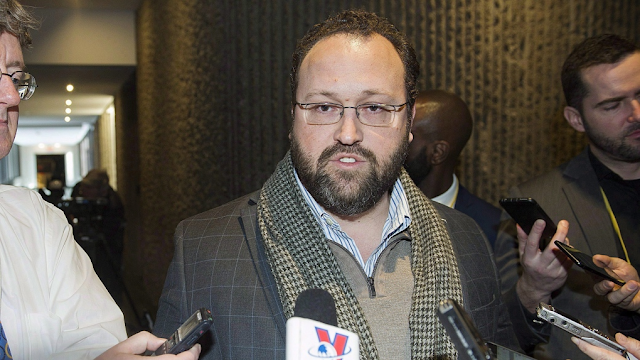 Volpe said it’s more important to focus on working on mining potential and extraction in Canada. “There are many, many ways to do our part in combating China’s increased dominance in this space. Picking a fight over assets on the other side of the world is not an action that our industry would recommend,” he said.

Nikos Tsafos, of the Washington-based Center for Strategic and International Studies, told the committee that one day, trade in critical minerals will supersede the trade in fossil fuels. 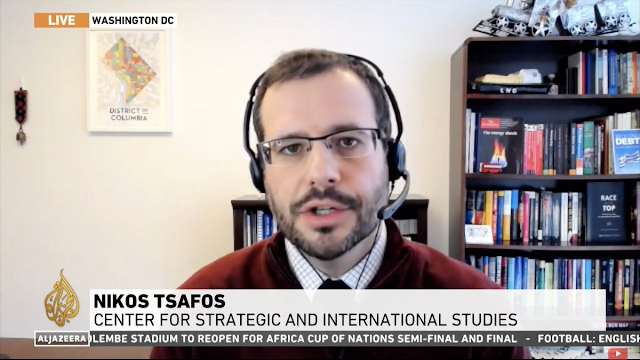 “China has already built a commanding position in critical minerals,” he said. “Critical minerals and the industries they enable are too important to be left alone. Western governments should tackle these questions together, because the stakes are too high for any other approach.”

TORONTO, Jan. 26, 2022 /CNW/ - Neo Lithium Corp. ("Neo Lithium" or the "Company") (TSXV: NLC) (OTCQX: NTTHF) (FSE:NE2) is pleased to announce the completion of the previously announced plan of arrangement under the Ontario Business Corporations Act (the "Arrangement") involving the Company, Zijin Mining Group Co., Ltd. ("Zijin"), and 2872122 Ontario Limited, a wholly-owned subsidiary of Zijin (the "Purchaser"), following receipt of all required regulatory approvals and satisfaction of all closing conditions.

Pursuant to the Arrangement, the Purchaser acquired all of the issued and outstanding common shares of the Company (the "Shares") for $6.50 per Share in cash. Registered shareholders should send their completed and executed letters of transmittal and share certificates or DRS advices, as applicable, to the depositary, TSX Trust Company, as soon as possible in order to receive the consideration to which they are entitled in connection with the Arrangement.

As a result of the Arrangement, the Shares are expected to be delisted from the TSX Venture Exchange. It is also expected that the Shares will cease being quoted for trading on the OTCQX and the Frankfurt Stock Exchange concurrently or shortly thereafter, and that the Company will apply to cease to be a reporting issuer in all of the provinces of Canada in which it is a reporting issuer.

In connection with the closing, and in accordance with the terms of the Arrangement, the Company issued an additional 6,275,500 Shares to the Purchaser at a price of $6.50 per Share for gross proceeds to the Company of $40,790,750, which proceeds will be primarily used by the Company to fund a portion of the transaction consideration.

Neo Lithium Corp., incorporated in January, 2016, owns and operates the 3Q lithium brine project in Argentina. Additional information regarding Neo Lithium Corp. is available on SEDAR at www.sedar.com under the Company's profile and at its website at www.neolithium.ca.

Formed in 1993 and based in Fujian, China, Zijin is one of the largest mining companies in China as well as a leading global gold and copper producer. It manages an extensive portfolio, primarily consisting of gold, copper, zinc, and other metals through investments in China and twelve overseas countries across Europe, Central Asia, Africa, Oceania and South America. Listed on the Shanghai Stock Exchange and the Hong Kong Stock Exchange, Zijin has a market capitalization of approximately US$40 billion.