China’s foreign ministry spokesman has demanded Australians “own up” to this problem and become “better citizens”.

China has seized on a survey that suggested Chinese-Australians have experienced a rise in racist incidents over the past year, saying Australians need to “own up” to the problem and become “better citizens”.

Foreign Ministry spokesman Wang Wenbin was asked at his Wednesday press briefing about the Lowy Institute survey, which found nearly one-in-five Chinese-Australians claimed to have been physically threatened or attacked due to their heritage. 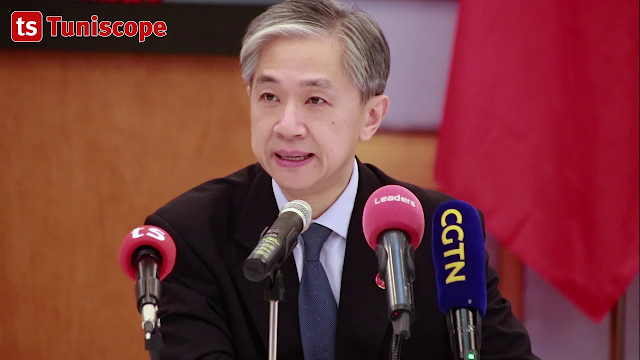 Mr Wang said he was aware of the survey and that the Chinese government was “deeply concerned” about the findings.

“For quite some time, there has been continuous discrimination in Australia against people of Asian origins, including overseas Chinese, which poses serious threats to the safety and legitimate rights and interests of Chinese citizens in Australia,” he said.

“We are deeply concerned about this. The Chinese government previously issued a travel advisory and an alert for Chinese students going to study in Australia, hoping that Chinese citizens in Australia will take precautions for their own safety.”

He continued, “At the same time, we hope that the Australian side will own up to the problem, make their people better citizens, solve the problems of racism and discrimination at home and safeguard the safety and legitimate rights and interests of Chinese citizens in Australia.”

The Lowy Institute surveyed 1040 Chinese-Australians in November last year for its ‘Being Chinese In Australia’ report, released on Wednesday. In addition to the 18 per cent who reported being threatened or attacked, 31 per cent said they had been called offensive names and 37 per cent said they had been discriminated against because of their Chinese heritage in the past year.

Two-thirds of respondents said the COVID-19 pandemic had contributed to the incidents of racism, while 52 per cent blamed the state of Australia-China relations.

On the topic of foreign interference, 46 per cent said they were concerned about China’s influence on Australia’s political processes.

“Neither the COVID-19 pandemic nor Australia’s relationship with China should be a reason or excuse for anyone to racially abuse and discriminate,” Mr Tan said.

“This is unacceptable and harmful to Chinese-Australians and to our social cohesion and communal well being. We must put a stop to it.”

Mr Tan said the survey echoed the findings of similar recent reports. “While this report’s findings are shocking, they are not altogether surprising,” he said.

“Several other recent reports have told us the same thing – that racism targeting Chinese Australians and other culturally diverse groups is prevalent in our community. It underscores the need for urgent leadership to counter racism.”

The survey comes as the Chinese Communist Party ramps up its attacks on Australia as a “racist” country, amid worsening relations and ongoing trade sanctions targeting key exports including beef, wine and barley.

In recent weeks, reports have surfaced that Chinese education agencies are being encouraged by local authorities not to recommend Australia as an international study option.

Chinese academic Chen Hong – who had his visa cancelled by Australian authorities who deemed him a security risk – told the state-run Global Times outlet that the Lowy Institute survey was “shocking” and showed Australian society was no longer welcoming or inclusive.

“Chen advised the Chinese government as a responsible government to reassess the nature of the Australian society including its multicultural tolerance,” the Global Times wrote on Wednesday.

Mr Chen last month made inflammatory comments suggesting Australia’s “longstanding racism could lead to another ‘(George) Floyd tragedy’”. The Global Times says Chinese internet users have urged the Culture and Tourism Ministry to join the Education Ministry in issuing a fresh travel warning for Australia, after a similar advisory in June 2020 citing alleged racist incidents during the pandemic.

“Chen believes that the hostile atmosphere in Australia needs a long time to ease, and it will take time for Chinese and other Asians to feel secure in Australia, so the warnings cannot be cancelled overnight once they are released,” the Global Times wrote.

The outlet cited an alleged attack on a Chinese student at the University of Queensland.

Andrew Shih was walking his dog in a Lockyer Valley park on January 20 when he a man allegedly hurled racial slurs at him repeatedly punched him in the head.

“Suddenly, a racist man came out of nowhere yelling at me, ‘Go back to where you’re from, I’m gonna … kill you’,” Mr Shih wrote on Facebook.

“He then beat me down to the ground and kept punching my head. I was eventually sent to the hospital and hospitalised overnight. I suffered from severe concussion with some memory loss and had multiple bruises and abrasions on my face, knees, elbows, hands and hip.”

The Courier-Mail reported at the time Queensland Police were “not investigating it as a racially motivated attack but racial slurs were used in the alleged assault”.

Last week, the Global Times accused Australia of being a “gangster” state and part of an “axis of white supremacy”, due to its Five Eyes alliance with Canada, New Zealand, the United Kingdom and the United States.

That came as China’s number-two diplomat in the country referred to Australians who criticise China as “scum” in a speech to business leaders in Canberra.