In a statement announcing the sanctions, Global Affairs Canada accused the four high-ranking officials of participating in human rights violations in Xinjiang.

The statement said mounting evidence shows the Chinese state is responsible for arbitrarily imprisoning more than one million people on the basis of their religion and ethnicity, and for subjecting them to "political re-education, forced labour, torture and forced sterilization."

China has denied all reports of human rights abuses in the region, claiming that the camps are vocational training centres needed to fight extremism.

"These measure reflect our grave concern with the gross and systematic rights abuses taking place in the region," Prime Minister Justin Trudeau said at an unrelated event in Quebec.

"We will continue to work closely with our international partners to pursue accountability and transparency."

1 day ago
0:31
Prime Minister Justin Trudeau spoke about the sanctions during a stop in Trois-Rivières, Que. on Monday. 0:31

The sanctions freeze any assets the officials have in Canada. They also ban them from travelling to Canada and Canadian citizens and businesses from providing them with financial services.

The four officials Canada is targeting are: 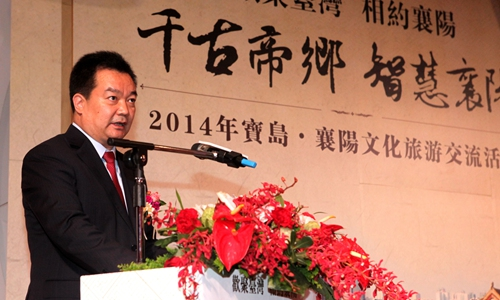 Britain and the European Union announced sanctions on the same four officials earlier in the day.

The U.S. Treasury Department also imposed sanctions on Wang Mingshan and Chen, and has previously sanctioned Zhu and Wang Junzheng.

U.S. Secretary of State Antony Blinken said in a statement that "a united transatlantic response sends a strong signal to those who violate or abuse international human rights, and we will take further actions in co-ordination with likeminded partners."

"We will continue to stand with our allies around the world in calling for an immediate end to the PRC's crimes and for justice for the many victims," Blinken said.

A spokesperson for China's foreign ministry said the EU's move was based on "nothing but lies and disinformation" and interferes with China's internal affairs.

"The Chinese side urges the EU side to reflect on itself, face squarely the severity of its mistake and redress it," the spokesperson said in a statement published online.

"It must stop lecturing others on human rights and interfering in their internal affairs. It must end the hypocritical practice of double standards and stop going further down the wrong path. Otherwise, China will resolutely make further reactions."

The statement did not mention Canada, the U.S. or the U.K.

Liberals reluctant to use 'genocide' label

The sanctions come exactly a month after MPs voted to label China's actions in Xinjiang region a "genocide." Liberal cabinet ministers, including Prime Minister Justin Trudeau, abstained from that vote.

The Liberal government has been reluctant to use the term "genocide" to describe Beijing's actions in Xinjiang but it has faced increasing pressure from opposition parties to take a stronger stand on China.

"For months, we have been actively calling on the government of impose coordinated sanctions against China for human rights violations," said Harris. "Now the government needs to work with like minded nations to impose sanctions on China with respect to Hong Kong."

China 'has to play by established rules': Marc Garneau

1 day ago
2:06
"China is a major country and it wants to operate on the world stage. We don't have a problem with that, but it has to play by established rules, including the rule of law," said Foreign Affairs Minister Marc Garneau about the detention of Michael Kovrig, Michael Spavor and China's human rights abuses. 2:06

Conservative Leader Erin O'Toole said the government should follow the lead of the House of Commons committee on foreign affairs, which concluded in an October report that China's policies in Xinjiang amounted to genocide.

"Now, Conservatives are once again calling on the Trudeau government to follow Parliament's lead by recognizing the Uyghur genocide, working to encourage other allies to do the same, and by putting in place new, more effective measures to ban imports produced with forced Uyghur labour."

"The Green Party of Canada believes that an ongoing genocide is being perpetrated against the Uyghur and other Muslim minorities by the Chinese government. The Green Party hopes that the Prime Minister and his government will acknowledge that fact and take a level action that corresponds to the seriousness of the crime."

WATCH: Garneau encourages countries around the world to ask questions about China's treatment of Uyghurs

'China will have to realize that it can't sweep it under the carpet': Marc Garneau

1 day ago
2:10
"As more countries join us, China will have to realize that it can't sweep it under the carpet": Foreign Affairs Minister Marc Garneau is encouraging countries around the world to ask questions of China about its treatment of its Muslim minority Uyghur population. 2:10

In an interview airing Monday evening on CBC's Power & Politics, Foreign Affairs Minister Marc Garneau said the government needs to "do [its] homework" before making a determination on whether China's actions constitute genocide.

Garneau called on China to provide impartial experts with "unfettered access" to the region so they can independently examine the situation.

"In the meantime, today's decision sends a very clear signal to China — 'The world is watching you,'" said Garneau.

You can watch full episodes of Power & Politics on CBC Gem, the CBC's streaming service.

1 day ago
4:17
"It is a very important message, that should come across, that not only when smaller countries, but also when the big ones are in question, the violation of human rights is not something the EU will go along with," says Melita Gabric, Ambassador-designate of the EU to Canada. 4:17
Posted by Conan Doyle at 6:40 PM