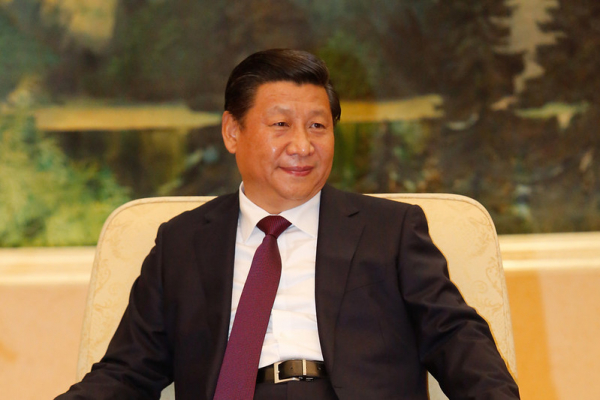 On Sunday, the Chinese Communist Party warned the countries that will join in boycotting the 2022 Winter Olympics that will be held in Beijing, saying they will face "serious sanctions."

Both the British and the U.S. lawmakers, together with the coalition of human rights advocates, called to boycott the 2022 Winter Olympics over CCP's human rights violations.

The Chinese Communist Party (CCP) continues to deny the allegations of "genocide" against the Uyghur Muslim minorities despite being reported to imprison Uyghurs and subjecting them to political re-education.

"It is important to note that the so-called China's genocide in the Xinjiang Uygur Autonomous Region and its suppression of human rights in the Hong Kong Special Administrative Region are simply extreme accusations made by a few Western countries, and even by some forces within those countries." an editor from Global Times China claimed.

The editor of the state-controlled Global Times Hu Xijin also said on Sunday that China will "seriously sanction" countries that participate in the boycotting of the Winter Olympics.

"Now if a country or group of countries boycotts the Olympic Games for political reasons, there will be strong opposition from the IOC and athletes from relevant countries. Although the previous U.S. administration seemed to have prepared a new cold war with China, it was more like an empty show and it was far from a real trend. A boycott by the U.S. and the UK would be seen as a farce even in their own countries, with huge resistance and associated uncertainty," he wrote.

He first posted the warning on his Twitter account saying that the boycott propaganda will not receive wide support and anyone who follows such a call will be sanctioned.

He then wrote in his editorial the extent of punishment that China will impose:

"China is a sporting and economic power with growing political influence. If any country is encouraged by extremist forces to take concrete actions to boycott the Beijing Winter Olympics, China will definitely retaliate fiercely. China certainly has the resources and means to do that."

Despite China's denial of the allegations, there are cited witnesses who came forth and went on record with BBC News to describe the "extremely gruesome torture by CCP" against the Uyghur women.

"Their goal is to destroy everyone," the Uyghur camp detainees said, accusing the CCP of systematic rape with the use of torture devices.

The CCP also imposed numerous policies that further vioates human rights including the implementation of labor camps in Tibet and forcing them to use the Han Mandarin language even if it is not their native language, a policy of language and cultural erasure in Inner Mongolia, and the imposing of national security in Hong Kong.

The human rights coalition of over 180 groups started the call to boycott the Olympic Games and called on the government to "take a stand and demonstrate that they have the political will to push back against China's reprehensible human rights abuses." in which the UK and U.S. lawmakers responded to.