As Prepared For Delivery

Good morning.  Today, I’m joined by FBI Director Chris Wray and, remotely, by the  Acting U.S. Attorney for the Eastern District of New York, Seth DuCharme, to announce charges against eight individuals for acting as agents of the People’s Republic of China while taking part in an illegal Chinese law enforcement operation known as Fox Hunt here in the United States.  Five of these individuals were arrested across the country this morning.  The rest, we believe, are in China. 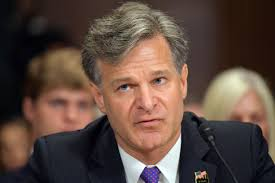 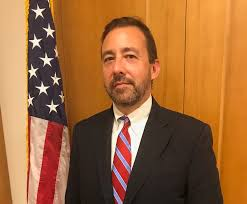 Since 2014, at the direction of Chinese General Secretary Xi Jinping, China has been engaged in a global operation known as “Fox Hunt.”  China describes Fox Hunt as an international anti-corruption campaign in which it seeks to locate legitimate fugitives around the world and bring them to China to face genuine criminal charges.  But this is certainly not the whole story, and often times, it simply isn’t true.

Some of the individuals may well be wanted on traditional criminal charges and they may even be guilty of what they are charged with.  But in many instances the hunted are opponents of Communist Party Chairman Xi — political rivals, dissidents, and critics.  And in either event, the operation is a clear violation of the rule of law and international norms.

Rather than work with U.S. authorities for assistance with recognized criminal cases as responsible nations do, China resorts to extralegal means and unauthorized, often covert, law enforcement activity.  Without coordination with our government, China’s repatriation squads enter the United States, surveil and locate the alleged fugitives, and deploy intimidation and other tactics to force them back into China where they would face certain imprisonment or worse following illegitimate trials.  There are many established ways that rule of law abiding nations conduct international law enforcement activity.  This certainly isn’t one of them.

Operation Fox Hunt is just one of many ways in which China disregards the rule of law.  China is also known for engaging in, among other things, extrajudicial pretrial custody, reeducation camps under the guise of counterterrorism efforts, refusal to fulfill its obligations under mutual legal assistance agreements, providing safe haven to criminal enterprises, including massive global hacking campaigns, and detention of foreign citizens for purposes of retaliation or political pressure on those citizens’ government — that is plain and simple, hostage-taking.

With today’s charges, we have turned the PRC’s Operation Fox Hunt on its head — the hunters became the hunted, the pursuers the pursued.  The five defendants the FBI arrested this morning on these charges of illegally doing the bidding of the Chinese government here in the United States now face the prospect of prison.   For those charged in China and others engaged in this type of conduct, our message is clear: stay out.  This behavior is not welcome here.

The charges announced today are an unambiguous statement that the United States will not tolerate this type of flagrant conduct on our shores.  The department will continue to champion the rule of law and work with our foreign partners to ensure it is respected throughout the world.

The conduct giving rise to this case, investigated by the FBI and prosecuted by the National Security Division and EDNY, was shocking but standard operating procedure for Operation Fox Hunt.

U.S. Attorney DuCharme will provide more details of the alleged crimes, but at its core, this was a large-scale and wide-ranging conspiracy in which several representatives from the Chinese government traveled with the elderly father of the New Jersey-based victim in an effort to threaten him to return to China. The same scheme also included leaving menacing notes on the victim’s door, imprisoning the victim’s sister in China, and harassing the victim’s daughter online.

The case is charged, in part, as a conspiracy to act in the United States as illegal agents of a foreign government.  The department is committed to the aggressive use of the statute, an important tool in our fight against illegal foreign activity here, as well as other national security and criminal tools, to combat China’s Operation Fox Hunt and any other unauthorized, illegal activity within the United States.

Before I will turn it over to the FBI Director, I’d like to thank all the prosecutors from the Eastern District of New York and the National Security Division, as well as the FBI agents from around the country that investigated this case and conducted this morning’s arrests.  No law enforcement organization around the world does more to confront Chinese malign activity than the Federal Bureau of Investigation.