The People's Republic of China, which celebrated its 70th anniversary on October 1, is led by the Chinese Communist Party's General Secretary, President Xi Jinping. In his speeches, Xi often refers to "Qiang Zhong Gwo Meng" ("the Chinese dream"), a code phrase for the era of rejuvenation when China will eventually overtake the United States as the most powerful nation in the world. 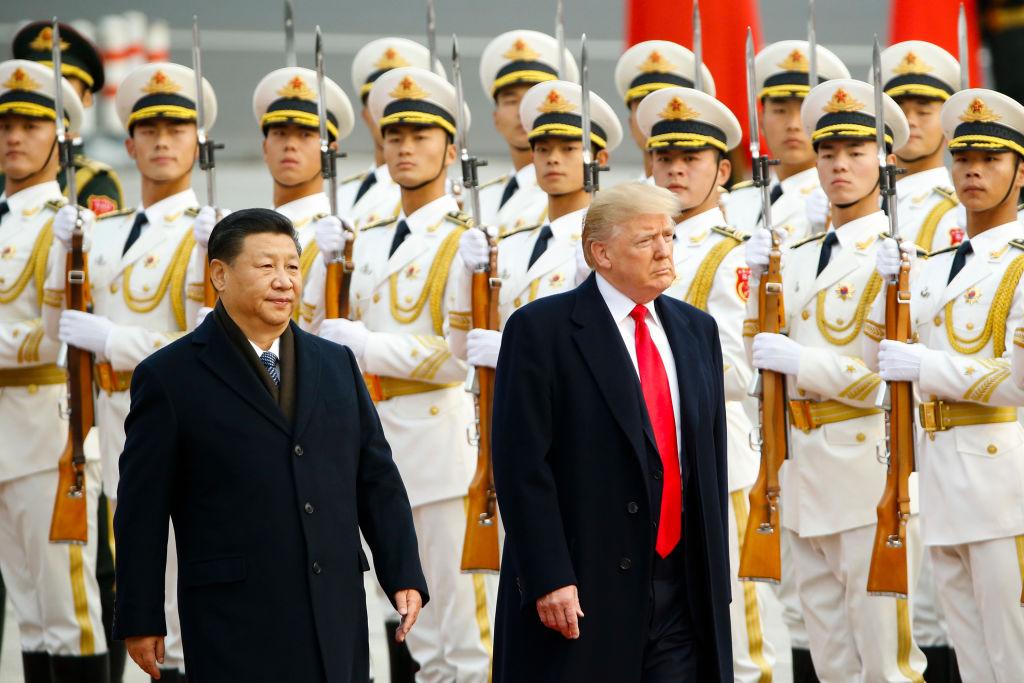 Xi claims that China offers the world a different type of rising global leader -- a "guiding power."
You Cannot Turn Back Globalization, Says FutureMap’s Khanna
Beijing apologists depict China as a non-predatory power, comparing it favorably to Europe's colonial countries in the past and to today's United States.
Similarly, the state-controlled Chinese media depict Chinese statecraft as being based on and reflecting ancient Confucian ethics:

This portrayal is part of China's traditional self-image as "Jungwo" (the "Middle Kingdom"), a society synonymous with "civilization," as opposed to the "barbarians" beyond its borders. Such was the impetus for China's Great Wall: to keep out uncultured barbarians.
In spite of China's pretense of being a new type of global power, Beijing's attempt to restore its historical role as a world leader involves ancient Chinese political concepts. Xi's call for China's "rejuvenation," for instance, is a signal to his people that under the leadership of the Communist Party, the national humiliations endured during the 19th and 20th centuries will be redressed.
Xi's nationalist sentiment echoes the ideas of Sun Yat-sen, the "founding father" and first president of the Chinese Republic. Sun called for the embrace of "Min-ts'u" ("people's nationalism") to redeem the nation from its status as a "hypo-colony" ruled by many colonial masters, including tiny Portugal, which dominated the South China Sea.
Xi's doctrine includes rejecting as illegitimate any "unequal treaties" forced on China by Euro-Atlantic powers, such as Great Britain's imposition of the McMahon Line, which awarded to the British Crown Colony of India hundreds of thousands of square kilometers of Chinese territory. China never recognized the McMahon Line; it was among the factors ultimately leading to an India-China War in 1962 and periodic skirmishes ever since.
This determination to retrieve Chinese territory might be rooted in Xi's sense of humiliation, still felt among Chinese patriots of all political persuasions, who harbor an enduring resentment over such Euro-Atlantic encroachment.
Xi's posture is also possibly an indirect warning to the West, which may be harboring a desire to assist the people of Hong Kong in their drive for more autonomy from Beijing. This warning underscores the willingness of the Chinese Communist leadership to engage the United States in a limited military conflict, should the US support Hong Kong's or Taiwan's official independence from China or if it positions offensive strategic-weapons systems on those lands.
In his essay, "If You Want Peace Prepare for War" -- using the famous quote from the ancient Roman strategist, Publius Flavius Renatus -- Chinese author Li Mingfu states that if the US attempts to block the Chinese Motherland's unification with Taiwan, China is ready militarily to force unification.
There can be little doubt that Xi's China is deeply committed to the retrieval of Formosa (Taiwan) as an integral part of the Chinese patrimony. Historically, China risked war with Japan after Japanese expeditions to the island province. China also has resisted past attempts by Britain to weaken its hold on Tibet. Moreover, despite fierce resistance to Russia's 19th century invasions in the northwestern province of Xinjiang (Sinkiang), China lost control of the region. That event also might help to explain for China's willingness to invite universal condemnation for its massive human-rights violations against the region's Uighur Muslim population, rather than risk again losing control of the province to Islamist independence movements.
Chinese military exercises, new weapons systems and the surreptitious militarization of several landfill and disputed islands in the South China Sea, all indicate that Beijing intends to become -- at the very least -- East Asia's dominant regional power, thereby supplanting the US as the pre-eminent authority in the Western Pacific Ocean. According to one American analyst on Chinese military affairs, in 2018 alone, China conducted approximately 100 military exercises with 17 countries.
In recent years, the Chinese Navy has been demonstrating better precision targeting by its anti-ship missile system, the presumed targets being US aircraft carriers. The Chinese Air Force now utilizes runways built on some of the disputed islands, and has also landed heavy bombers there.
In addition, the Chinese also have deployed anti-ship missiles and jet fighter planes on disputed islands. These developments suggest that in the event of a crisis or conflict with the West and its Asian allies, the Chinese Communist Party's Military Commission is planning to leapfrog any possible Free World strategy to confine China's naval and air assets to the Chinese mainland.
China's economic model, according to which a socialist regime will for the first time surpass the world's greatest capitalist enterprise, also has historical roots. For millennia, China was the premier power in Asia, if not the world. During that time, China's diplomacy centered on the "Tributary System," whereby regional states recognized the superiority of Chinese Civilization."
Many of China's neighboring states, such as Annam (Northern Vietnam), Korea and even Japan, for a period, rendered an annual tribute to the Chinese imperial court, acknowledging the imperial dynasty's august standing under heaven. The emperor's dynastic administration would in turn provide generous support for compliant neighboring countries. Xi's Belt and Road Initiative bears some -- dubious -- resemblance to the tributary system of dynastic China. This initiative has China providing the income and expertise to build the logistical infrastructure of a recipient nation, which in turn imports Chinese goods and services employing that new infrastructure. Worse, however, China lends countries money; then when the country cannot repay the debt, China helps itself to resources or infrastructure or whatever, in a "debt-trap."
To date, it appears that the strategic objective of China to establish regional primacy in the Western Pacific, and possibly in Asia, is militarily, politically and economically achievable. The world, however, is no longer under any illusions about China's acquisitive intent.
US President Donald J. Trump also indicated recently -- during his September 24 address to the UN General Assembly -- that America harbors no illusions about China's unbridled ambitions.
Trump said, in part:

"In 2001, China was admitted to the World Trade Organization. Our leaders then argued that this decision would compel China to liberalize its economy and strengthen protections to provide things that were unacceptable to us, and for private property and for the rule of law. Two decades later, this theory has been tested and proven completely wrong.
"Not only has China declined to adopt promised reforms, it has embraced an economic model dependent on massive market barriers, heavy state subsidies, currency manipulation, product dumping, forced technology transfers, and the theft of intellectual property and also trade secrets on a grand scale...
"For years, these abuses were tolerated, ignored, or even encouraged. Globalism exerted a religious pull over past leaders, causing them to ignore their own national interests.
"But as far as America is concerned, those days are over. To confront these unfair practices, I placed massive tariffs on more than $500 billion worth of Chinese-made goods. Already, as a result of these tariffs, supply chains are relocating back to America and to other nations, and billions of dollars are being paid to our Treasury.
"The American people are absolutely committed to restoring balance to our relationship with China. Hopefully, we can reach an agreement that would be beneficial for both countries...
"As we endeavor to stabilize our relationship, we're also carefully monitoring the situation in Hong Kong. The world fully expects that the Chinese government will honor its binding treaty, made with the British and registered with the United Nations, in which China commits to protect Hong Kong's freedom, legal system, and democratic ways of life. How China chooses to handle the situation will say a great deal about its role in the world in the future..."

It is imperative for the administration in Washington to continue to exert maximum pressure on Beijing, to prevent China's hegemonic aims being realized.
*  *  *
Posted by Conan Doyle at 2:19 PM