China has become Tasmania's biggest trading partner, but has the state been left 'vulnerable'? and at what cost

China has become Tasmania's biggest trading partner, but has the state been left 'vulnerable'?

PHOTO: Tasmania offered a great photo opportunity for Chinese President Xi Jinping in 2014, experts say.
RELATED STORY: China is building Antarctic bases inside Australia's claim. We don't know why
RELATED STORY: Australia struggling to contain Chinese political interference, US warns
The warning couldn't have been more stark: ignore the opportunities in Asia and living standards in Tasmania will likely decline.
The state was already ranked Australia's worst economic performer when the 2013 Labor government was urged by Australian National University researchers to pursue stronger ties with the emerging economies of China or India.
With limited resources at its disposal, Lara Giddings' cabinet decided to focus on China.
"In China, we could see there was this growing middle class, and they're the people who are visiting now," the former premier said.
China is now Tasmania's greatest source of international students and a major source of international visitation.
It also accounts for one-third of the state's total international exports — a relationship valued at $1 billion.
EMBED: Export partners
But analysts are warning the state must tread carefully.
Multiple experts told the ABC the Chinese Communist Party could use the state as a pawn in its quest for greater influence over Australian politics and as a launching point for its ambitious military plans over Antarctica.

Tasmania-China connection goes back to 1980s

The state's relationship with Chinese governments can be traced back to former Labor premier Doug Lowe — the first Tasmanian leader to visit the country.
He signed a memorandum of understanding with the governor of the Fujian Province aimed at developing a sister-state relationship when he travelled there in 1980.
The connection would prove important.
Ties strengthened under another Labor premier, Jim Bacon, who built a friendship with Fujian's later leader, Xi Jinping, now China's President.
"I'm sure that is the very reason why President Xi was here [in Tasmania] five years ago," Mr Lowe said.

PHOTO: Former Labor Premier Doug Lowe was the first state leader to visit China. (Supplied)
"I'm sure were it not for his role at that time, and our sister-state relationship, that wouldn't have occurred and we wouldn't have had the presence of mind for President Xi that we have."
University of Tasmania China expert Mark Harrison said it was clear Mr Xi had a genuine interest in Tasmania ahead of his November 2014 visit, but said it was not solely sentimental.
Dr Harrison said Tasmania offered clear opportunities in trade and Antarctica and provided good media coverage to help bolster his relatively new leadership.
"Tasmania offered a lot of photo opportunities. It was part of his consolidation of political authority in the Chinese system, so it was useful to him for those reasons," Dr Harrison said.
Australian Strategic Policy Institute analyst Alex Joske agreed.
"Certainly China is interested in exploring and pursuing greater economic relationships with countries and local governments around the world, but it also ties these engagements together with strategic and political interest," he said.
Tasmania, in turn, was broadcast to an attentive Chinese audience.
Within a year of Mr Xi's visit, according to Tasmanian government documents, cherry exports went up 46 per cent, apples 281 per cent, tourism expenditure 24 per cent, Chinese tourist numbers 38 per cent and salmon exports 5,217 per cent.
EMBED: China visitors

States 'vulnerable to influence and manipulation'

Mr Xi's visit led to what was billed as the largest security operation Tasmania had ever seen.
State and federal police collaborated to ensure his tour went smoothly, and the Chinese Government was reported to have vetted Chinese-Tasmanians who wanted to see him.
But the ABC can reveal the Australian Security Intelligence Organisation — the spy agency charged with blocking foreign interference — did not brief state Premier Will Hodgman or his team ahead of the visit.
In the years since, the Tasmanian Government has signed memoranda of understanding with Chinese businesses and government departments related to scientific collaborations, tourism and Antarctic exploration.

PHOTO: Supporters turned out to welcome Mr Xi as he drove past Hobart's Cenotaph.
In 2016, Chinese billionaire Huang Xiangmo, who earlier this year was stripped of his permanent residency and had his bid for citizenship rejected, donated $30,000 to the Tasmanian Liberal Party.
A Chinese Communist Party-linked group, the Australian Council for the Promotion of Peaceful Reunification of China, hosted its Tasmanian branch launch in the state's Parliament in 2017.
And last year, a former member of that group's board, Yongbei Tang, ran for the Hobart City Council.
She strenuously denied links to the Chinese Communist Party.
Mr Joske said the Tasmanian Government needed to better manage public conversations about potential risks around foreign interference.
"There has been a very weak response to well-founded allegations of Chinese Communist Party interference in Tasmania that doesn't bode well for deepening relations with China," Mr Joske said.
Mr Joske said it was important the Commonwealth Government worked with the states to coordinate a national security response.

"States don't have expertise in foreign policy, intelligence work or security, and this makes them quite vulnerable to influence and manipulation in these areas," he said.

Mr Hodgman stressed he had received briefings from bureaucrats within his own department, as well as the federal Foreign Affairs department and the Australian Federal Police.

PHOTO: Will Hodgman says he has seen no evidence of Chinese interference. (ABC News: Ellen Coulter)
He said it was up to security agencies to manage their briefings.
"What the national security agents do obviously is a matter for them and I'll be guided by them and it's their judgement as to what they may or may not brief me or any other Tasmanian officials on," Mr Hodgman said.
Security agencies are now understood to be involved in ongoing discussions with the Tasmanian Government about its relationship with China.
Mr Hodgman said he had seen no evidence of Chinese Communist Party interference in Tasmania.
"Those who live in our state and in our country will, of course, also appreciate our cultural values, and they'll understand, as well, while we have important trade relationships, while we want to strengthen the connections between our state and China, we do so in the context of what Tasmanians believe and our value set."
But Tasmanian Greens leader Cassy O'Connor believes China cannot be considered a good friend to have while it is accused of human rights abuses.
In September, a video purportedly showing dozens of Uyghur men blindfolded and with their hands tied behind their backs at a train station in the north-west region of Xinjiang.
"Just be careful," Ms O'Connor said.
"We're dealing here with a totalitarian regime which is irrational, paranoid, misogynist, and apparently hellbent on some sort of global domination." 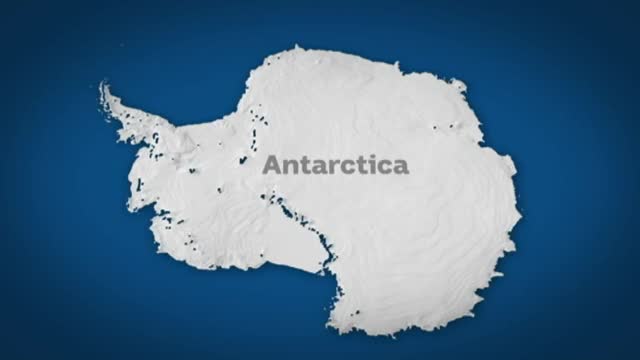 GIF: China will have five Antarctic bases by 2022
In the background of Mr Xi's 2014 visit and an influx of Chinese tourists, Tasmania has been a strong beneficiary of China's rapid expansion of its interests in Antarctica.
Tasmania is China's Antarctic gateway and resupply port, with the state's businesses supplying about 11 tonnes of produce for each visit as well as a range of Antarctic equipment.
As well as celebrating the maiden voyage of its new icebreaker — the Xue Long 2, which docked in Hobart ahead of its maiden voyage to Antarctica two weeks ago — China is building its fifth Antarctic base in Terra Nova Bay on the Ross Sea, which is expected to be operational in 2022.
Nengye Liu, a Chinese law lecturer at the University of Adelaide, said China's ambitions in Antarctica were multifaceted.
"It's a mix of national pride that China can go to very far away part of the world," Dr Liu said.
"Also it has a scientific interest and a geopolitical interest as a growing power, the second largest economy in the world.
"I think China sees the polar regions — Arctic, Antarctica — also the deep seabed and outer space as … the strategic new frontier where they should have a say in the development of the governance regime."

"There's a lot of ambiguity about how it's expanding its footprint on Antarctica and ultimately what it's ambitions are," Professor Rothwell said.

Dr Liu said Tasmania had a pivotal role to play in monitoring China going forward, but added it was a "delicate balance".
"On the one hand, maintain Hobart and Tasmania's role [as] a pivotal, gateway city, but on the other hard it should also keep a close eye on what Chinese expeditioners are doing."

'Business wouldn't grow if we didn't take a chance in China'

Mr Hodgman said he believed the state was getting the balance right in talking about China.
"There's no doubt many people across the globe and particularly in the Australian community and here in Tasmania have concerns about the Chinese Government, its past record and perhaps more importantly what it does into the future," he said.
"[But] China is our largest trading partner, it's our first billion-dollar export trading partner, about one-third of our export trade, and many visitors come from China to our state to support our tourism industry."
Dr Harrison said the state seemed to better balancing the rhetoric around China.
"The State Government is clearly in a different place to where it was in 2014, and that's a broadly good thing," he said.
Mr Lowe said building Tasmania's relationship with China was one of his proudest achievements, as did Ms Giddings.
"Business wouldn't grow, jobs would not be created here in Tasmania if we didn't take a chance in China and other parts of the Asian region," Ms Giddings said.
"The reality is a small population of 500,000-plus people, we don't have a big enough local economy to grow."