Premier Gladys Berejiklian was not informed of the arrival of three Chinese warships until the vessels steamed into Sydney Harbour yesterday morning, with Labour challenging Scott Morrison to explain why he did not ­announce the visit.
Defence experts said it was ­important there was transparency about engagement with China, ­arguing the decision not to form­ally announce the arrival of the biggest Chinese naval taskforce to Australia in years was “a bad look”.
The Chinese naval taskforce is comprised of the frigate Xuchang, the auxiliary supply replenishment ship Luoma Hu and the landing platform dock Kunlun Shan,with about 730 officers and sailors in total.
The Defence Department confirmed the taskforce was conducting a “routine port visit” until June 7, with strategic analysts saying the visit was a symbol of China’s growing naval strength in the Indian and Pacific oceans.
The department received a ­request for a port visit from Beijing in April, and the Prime Minister conceded yesterday that the arrival of the warships had caught people off guard.
“It may have been a surprise to others, but it certainly wasn’t a surprise to the government,” he said. “They were returning from counter-drug-trafficking operations in the Middle East. That is a further demonstration of the relationship we have, and this had been in train for some time.”

Labour defence spokesman Richard Marles took aim at the government for its failure to ­announce the arrival of the ships in advance. “The visit is entirely appropriate. I’m just not sure why the government wouldn’t bother to let anyone know it was happening,” Mr Marles said. 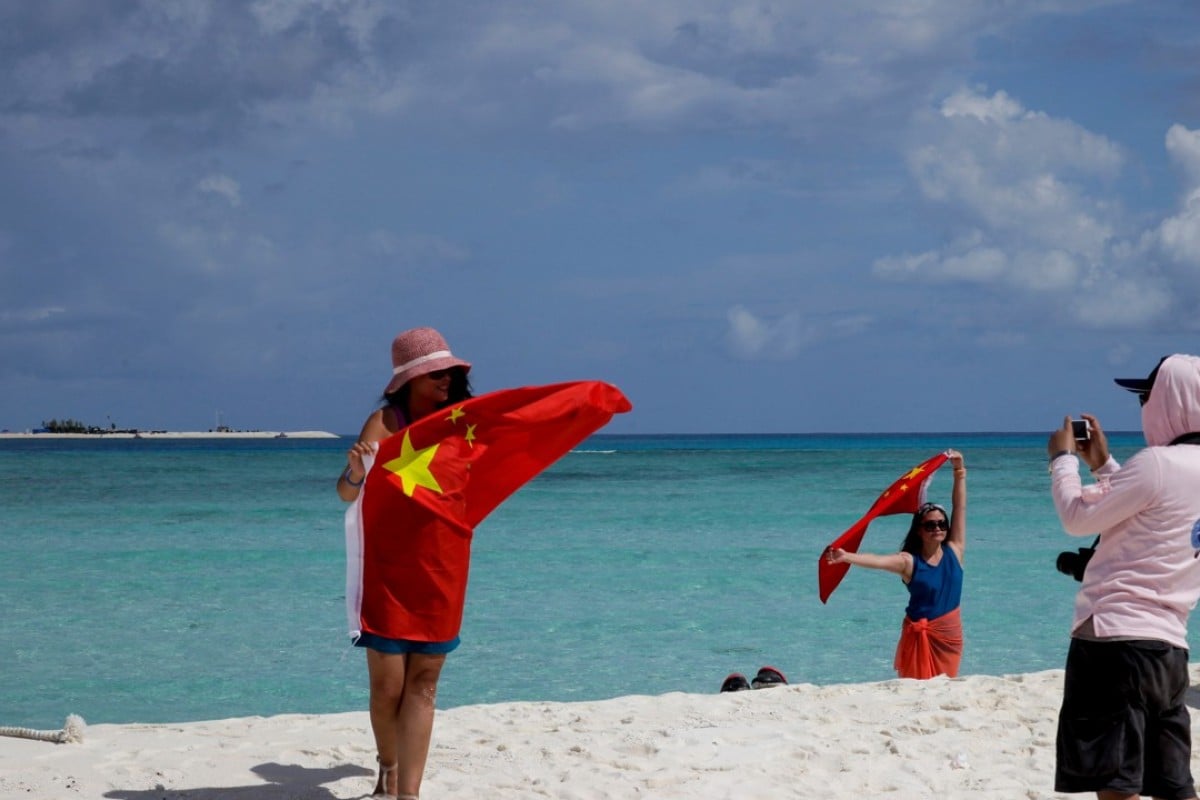 Videos on Chinese social media platform WeChat showed members of the Chinese-Australian community coming out to greet the ships, with dozens of people lining the harbour.
Executive director of the Australian Strategic Policy Institute, Peter Jennings, questioned why the “goodwill’’ visit from the Chinese navy was not properly ­announced. He said Defence “should do a better job of being open about engagement with China”.
“There’s been a pattern over years where we only find out about senior PLA generals visiting after they’ve left,” he told The Australian. “I know from my time in Defence that that happens at China’s request. But I think ­domestically this is a bad look — that our government doesn’t ­appear to be able to find ways to advise of a major warship visit ­before the ships are up against Garden Island.

“It strikes me as bad for our own domestic situation.”
A Defence spokesman told The Australian that the navy “liaised with the NSW government”.
“Defence co-ordinates the diplomatic clearance process for all visiting warships on behalf of the Australian government,” he said.
“It is the ­visiting foreign navy’s responsibility to appoint a ship’s agent to co-ordinate all logistic requirements for a ship’s visit.
“As is normal, Defence provides support to visit arrangements through liaison with appropriate state and federal government departments and agencies, including with NSW police and the Port Authority of NSW.”
Mr Jennings said the taskforce was “probably the biggest to visit” Australia and argued the public should start to “expect almost every year that there will be some sort of Chinese naval visit”.
Speaking in Honiara yesterday, Mr Morrison said it was a “reciprocal visit because Australian naval vessels visited China”.
He also downplayed the timing of the visit, with the ships arriving the day before the 30th anniver­sary of the Tiananmen Square massacre. He cautioned against engaging in “over analysis”.

Senior research fellow at the National Security College at the Australian National University, David Brewster, said the timing of the visit was a “bit of an embarrassment for the Morrison government both in terms of the anniversary of Tiananmen Square and the fact Morrison is currently in the Solomon Islands trying to shore up Australia’s position vis-a-vis the Chinese”.
“What we’ve been seeing over the last few years … is that these Chinese task groups basically have become much more focused on naval diplomacy, meaning that they tour the whole of the Indian Ocean and some of the Pacific to assert a Chinese presence,” he said. “It’s interesting that these task groups are getting larger and they will continue to get larger.”
Defence confirmed the visit was part of an extended deployment after the Chinese warships completed anti-piracy operations in the Gulf of Aden.

HMAS Melbourne was the most recent Australian warship to visit China. It arrived in Qingdao in late April for the People’s Liberation Army-Navy’s International Fleet Review.
The PLA-Navy last stopped in Sydney for a similar visit in 2017. It comes days after Australian navy pilots were the target of laser ­attacks over the South China Sea and Australian ships were tailed by Chinese vessels. Helicopters from HMAS Canberra were forced to land as a precaution last week after they were targeted by lasers from fishing vessels.
It is clear members of the local Chinese community "had access to information of the naval arrival that the rest of the public didn’t."
There have been suggestions the information was disseminated on Chinese social media site WeChat.
La Trobe Asia executive director Euan Graham said these images would likely be used by the Chinese government to promote a successful visit.
“There are photographs of the local Chinese community being present and waving flags. They were clearly forewarned,” Mr Graham told news.com.au.
“The communications side of the Department of Defence need to be careful as those images will be used by the Chinese government to project a friendly welcome on their terms.
“It puts Australia at a disadvantage, as most of the public wasn’t even aware of the impending visit.”
He said while it wasn’t normal to announce the date of the arrival of foreign warships, the Government made a mistake in trying to keep it a secret.
“A compromise could have been announcing they would be visiting this week, which doesn’t give away excessive information but still lets the public know,” Mr Graham said.
“Not saying anything doesn’t really work as you can’t hide three massive warships coming straight into Sydney Harbour.”
The Chinese ships are expected to stay in Sydney until Friday.
Posted by Conan Doyle at 9:14 AM