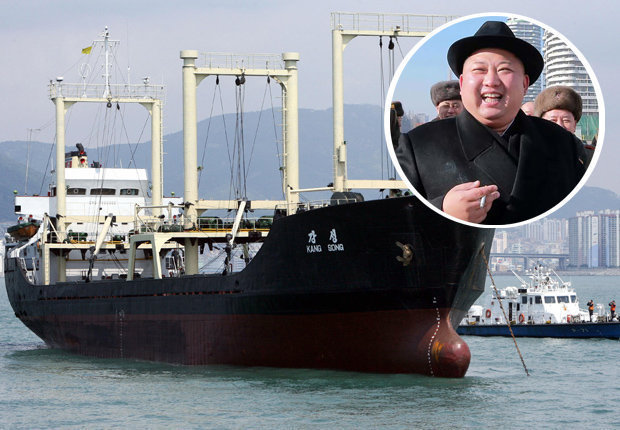 The UN has introduced a number of trade restrictions against North Korea on December 22, limiting the country's oil deals to four billion barrels per year.
China's foreign ministry spokesperson Hua Chunying has commented on the South Korean newspaper Chosun Ilbo report, claiming that Chinese ships had transferred oil to North Korean vessels about 30 times in October by saying that Beijing has no information on the issue. However, she stressed that Beijing "completely and strictly" implemented UN trade restrictions recently adopted against North Korea.
"The Chinese government has been completely and strictly enforcing Security Council resolutions. We are taking a sincere and serious attitude and forceful and effective actions," she said when responding to a question concerning a possible breach.
According to the Chinese customs data, presented by the Reuters news agency on Tuesday, China has not exported any oil products or gasoline, jet fuel, diesel or fuel oil to North Korea in November, following the UN restrictions. The country also has not been importing any iron ore, coal or lead from North Korea during the mentioned period, as the media specified.
READ MORE: China Halts Oil Products' Exports to North Korea Amid New UN Sanctions — Report
The report also specifies that China's exports of corn to North Korea has reduced by 82 percent, comparing to a year earlier, while rice exports plunged 64 percent.
READ MORE: China Calls for Restraint Following Adoption of UNSC Resolution on North Korea
This stance corresponds to China's previous calls for all the parties concerned to show restraint and take collective efforts, aimed at the de-escalation of the conflict on the Korean peninsula, amid the recently toughened UN sanctions against Pyongyang.
The ramped-up measures, introduced on December 22, limit North Korea's oil dealings to four billion barrels per year and making oil exporters working with the country to report on their deliveries to the UN Security Council as a response to the country's recent missile launch.
Addressing the sanctions, Pyongyang has called them an "act of war," explaining that the country's nuclear program is a self-defense deterrent against the nuclear threats and blackmail of the US.
Posted by Conan Doyle at 1:42 PM