Many astute Americans wonder how Joe Biden could mess up so many things so terribly. It seems unconscionable that one administration could get so much wrong. The worst part about it is that Biden ran on his supposedly valuable asset as an experienced politicianBiden’s been in federal government for over 40 years. Sleepy Joe spent eight years as second-in-command. How can he make so many mistakes? Our southern border is a disaster. Inflation has skyrocketed to its worst point in four decades.International policy is a befuddled mess. The United States’ most dangerous military adversaries are collectively emboldened. Crime in America’s cities is out of control. It seems like everything in the country is out of control.But is it really so? Has the Joe Biden administration simply made a string of inept decisions? That’s what the radical left might hope we believe. When we connect all the dots, it becomes increasingly evident that these apparent blnders have all been carefully orchestrated. 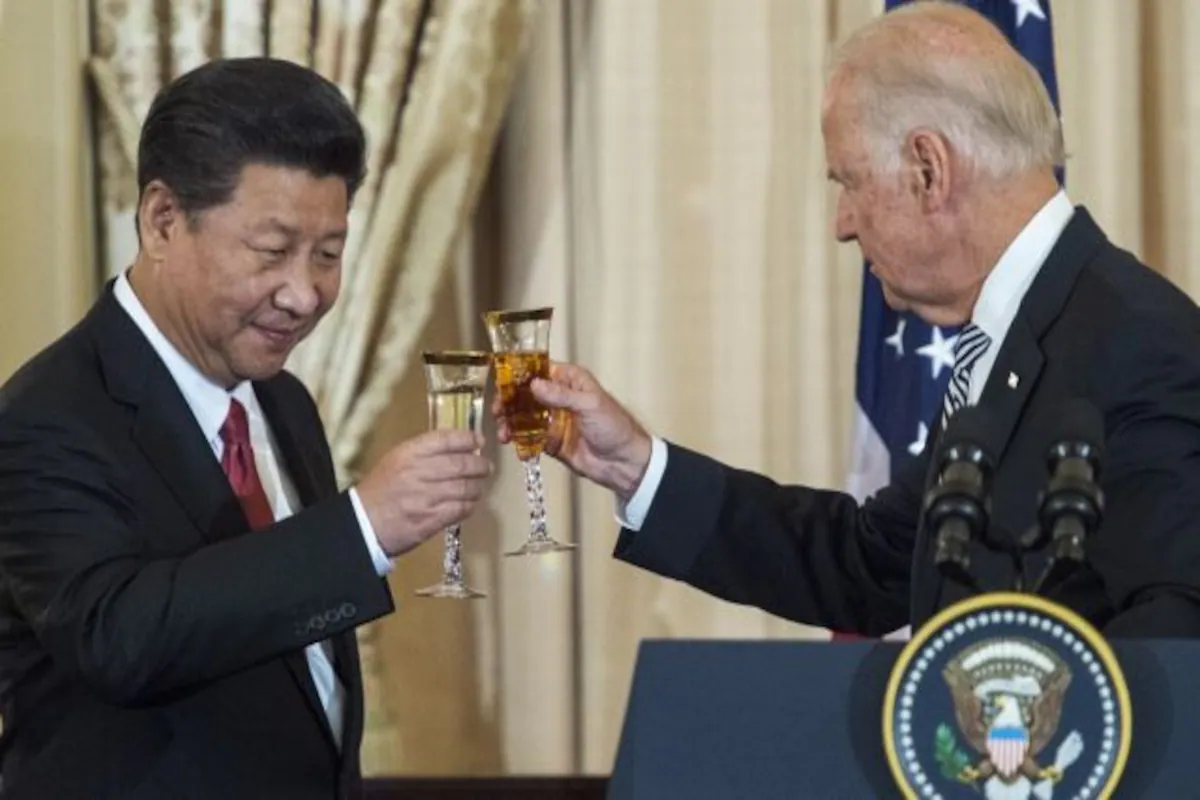 The collective chaos and calamity Americans now experience was the plan from day one. It began with Biden’s undercutting of U.S. energy independence. From this point, all we need to do is start to follow the money trail.

This ignorant decision not only sent gas pump prices through the roof, it compromised America’s energy security. Here we connect the first dot, the Biden’s strange connection to a Chinese energy company. This was step one.

Other policy decisions don’t appear as clear-cut on the surface. However, the border calamity is part of the total plan. By changing the demographics of our country, Democrats can seize control of the federal government, essentially forever.

This will fling open the door to their hopes of transforming America into a Chinese-like socialist nation. How the botched Afghanistan fiasco plays into this equation might seem unclear as well. But if we consider one aspect of that failure, it emboldened our adversaries, namely China.

The Afghanistan debacle had an underlying purpose. It announced to China, and other anti-American powers, that the U.S. is weak. We will not stand behind our commitments. Aggression towards our allies will not be defended by Biden’s administration.

Every free, democratic society in the world counts on American support. Western democracies no longer share a confidence that the United States will stand up against tyranny and oppression. Joe Biden made America weak.

While Biden slammed the door shut on the U.S. Keystone Pipeline, he granted approval for Russia to complete its Nordstrom counterpart in Eastern Europe. Now, emboldened themselves, Russia is threatening the sovereign country of Ukraine.

Again, not a big deal, right? On the contrary, the strategy being employed by the Biden administration is baffling. While posturing a rigid stance, Biden’s policy is slowly pushing Russia closer to China as an ally.

This new friendship will be cemented at the Winter Olympics in Beijing. Having Vladimir Putin as the single-most visible world leader at their games is no coincidence. This will seal an economic, and more importantly, a military bond between the world’s strongest socialist countries.

Again, this is not a coincidence. But why would a U.S. president tweak so much American policy and make so many poor decisions that all seem to benefit our most dangerous adversary, China? All we need to do is follow the money trail.

The line of corruption between connections within the Chinese Communist Party (CCP) and the Biden family is staggering. At the heart of every one of these crooked arrangements is Hunter Biden. He is the Biden family go-between with the CCP.

The Biden family has orchestrated at least five major financial deals with Chinese individuals directly tied to CCP intelligence. These crooked schemes have netted the Bidens over $31 million. They are not onetime arrangements, either. These connections to the CCP are ongoing. They have been going on for over a decade. In 2013, both Hunter and dad flew into China on Air Force Two. The pair consummated a deal involving Chinese investment firm Bohai Harvest RST (BHR).

Steve Kaplan, who conducts extensive economic research through the University Of Chicago Booth School Of Business, has revealed more startling connections. Kaplan has exposed how one Chinese tycoon has played an important role in most of these arrangements.

Che Feng is known as “The Super Chairman”. He is directly linked to Hunter Biden and more specifically, the Biden Family. Feng was a business partner of a man who was China’s vice-Ministry of State Security. This agency is the equivalent of the old Soviet Union’s KGB.

Sons of honest politicians do not establish direct business ties with members of a communist party, unless, of course, that’s your plan all along. That is the Biden family plan. These connections are no coincidence.

Hunter Biden’s laptop was the first mistake. However, the corrupt mainstream media and big tech kept this information secret until after the 2020 Presidential Election. Joe Biden is now in control of U.S. policy. China and the New World Order are manipulating him.

Every single policy “mistake” has been part of a carefully scripted plan. The Bidens are in China’s back pocket. They are part of an elite group of people who want a socialist world order. These efforts to convert democratic societies to socialism must go through the U.S.

To accomplish the objective, someone must be in power to coordinate the bonds between China, Russia and the United States. That puppet is Joe Biden. Joe Biden’s list of blunders is not a coincidence. It is part of a corrupt scheme. All we need to do is follow the money.