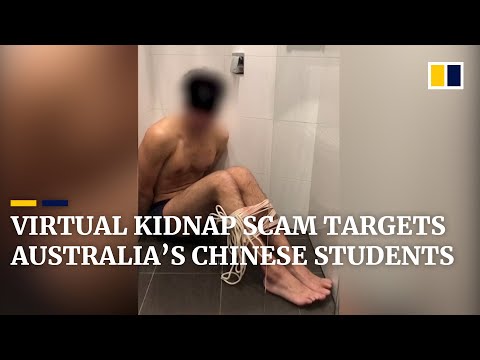 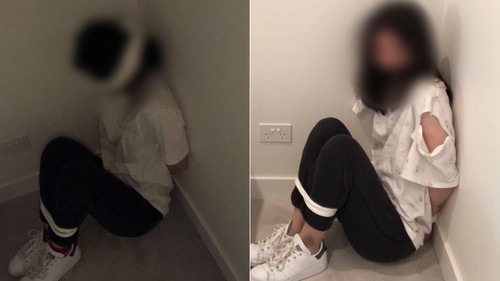 Chinese students in Sydney are being targeted in a kidnapping scam forcing them to pay massive ransoms to fraudsters, Australian police say.

In many cases, blackmailed students were forced to stage their own kidnapping and send video proof to relatives in China to obtain funds.

Eight "virtual kidnappings" have been reported this year, including one where a A$2m (£1.1m;$1.43m) ransom was paid.

Victims had believed they or their loved ones were in danger, police said.

New South Wales (NSW) Police said the scheme had "really increased in frequency throughout 2020" and was operating on an "industrial scale".

They have urged students to immediately report any threatening calls they receive.

How does the scam work?

Authorities said the "call centre-type" scam was being operated offshore, which made it difficult to track.

It typically involves a fraudster pretending to be from the Chinese embassy or another authority, ringing victims and informing them that they have been implicated in a crime in China or are facing some other threat.

The scammers, who usually speak Mandarin, then demand the student pay ongoing fees in order to avoid arrest or deportation.

In some cases, the students are also convinced to cease contact with their family and friends, rent a hotel room and fake a hostage situation to obtain funds from their relatives overseas.

In one case, a father had already paid more than A$2m (£1.1m; $1.43m) in ransom payments, before receiving a video of his daughter gagged and bound in an unknown location.

He then contacted police in Sydney who, after an hour's search, found the woman safe and well at a hotel room in the city.

In many of the cases, when police were contacted they typically found the victim safe the next day. Often the victims felt too embarrassed or ashamed to report the crime.

"The victims of virtual kidnappings we have engaged are traumatised by what has occurred, believing they have placed themselves, and their loved ones, in real danger," said NSW Police.

Why are people falling for it?

Police said the scam was operating on a mass scale, and appeared to involve a blitz of automated phone calls sent to anyone with a Chinese surname in the phone book.

"They cast their net very widely and they're getting a few people who fall for it, which is very lucrative for them," said Mr Bennett.

He noted that there had been a sharp increase in the past few months, where "pretty much every weekend we've had a victim fall for one of these scams."

Advocates for international students in Australia say they have been more vulnerable amid the pandemic due to their reliance on casual work, and their exclusion from government welfare.

Police said "cultural factors", as well as the isolation of some international students, made them a vulnerable target.

Victims could then be manipulated into extremes such as faking a kidnap because they had fallen under the scammer's "psychological control", Mr Bennett said.

"Students can do two important things to protect themselves against these types of crimes - firstly, be aware they exist and secondly, ask for help early if they think it might be happening to them or someone they know," said NSW Police.

There have also been reports of such frauds occurring in New Zealand and the United States.