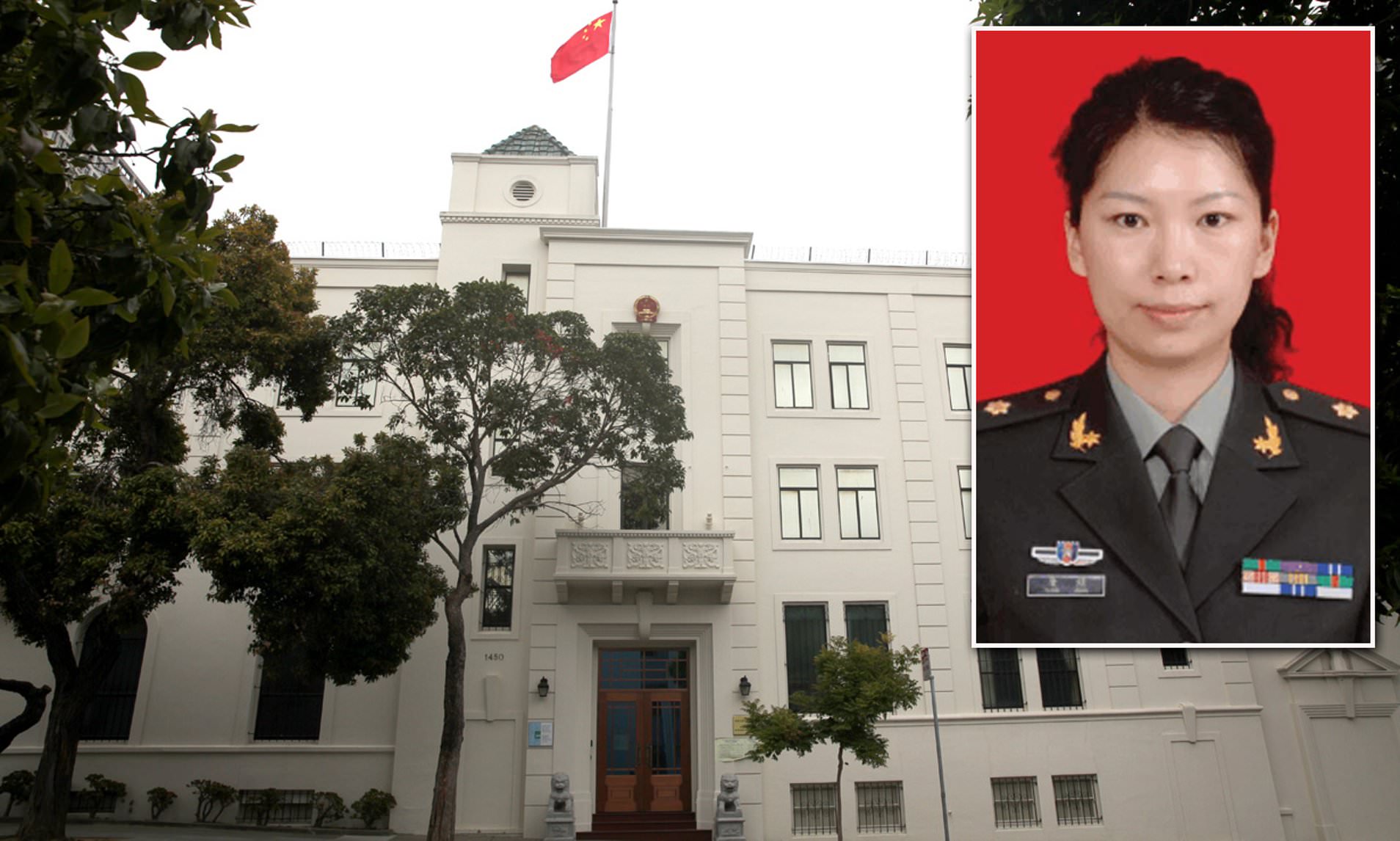 A Chinese researcher accused of concealing her military past has been taken into custody, Reuters says, citing a senior US Justice Department official. She was hiding out at the Chinese Consulate in San Francisco.

The researcher, Juan Tang, applied for a visa in 2019 and responded “no” when asked if she had ever served in the Chinese military. When the FBI found a picture of Tang in a military uniform, an arrest warrant was served earlier this week.

Tang – who worked at the University of California, Davis – sought refuge in San Francisco’s Chinese Consulate. However, an anonymous Justice Department official told Reuters on Friday that she was detained the previous evening.

Tang is one of four Chinese researchers accused of hiding their links with the People’s Liberation Army (PLA) of China. The three others, Chen Song, Kaikai Zhao, and Xin Wang, have all been arrested and charged, while the FBI warned that more of their colleagues are operating in over 25 American cities.

Beijing has strongly condemned the crackdown. “For some time, the US has held ideological bias to continuously surveil, harass and even arbitrarily detain Chinese students and scholars,” a Foreign Ministry spokesman said on Thursday, urging the US to “stop using any excuse to restrict, harass or oppress Chinese students and researchers.”

In Washington, however, there seems to be no appetite for rapprochement. The FBI's National Security Assistant Director John Brown said the charges against the four researchers show “the extreme lengths to which the Chinese government has gone to infiltrate and exploit America’s benevolence.” In a separate statement on Thursday, Secretary of State Mike Pompeo described the “tentacles of the Chinese Communist Party” as a threat to the “free world,” and called on allied nations to challenge Beijing.

ALSO ON RT.COMIf China seeks world domination, should the US keep doing business with it? FBI chief Wray seems to want it both ways

The State Department ordered the closure of a Chinese consulate in Houston, Texas, this week, accusing staff there of intellectual property theft. In a tit-for-tat response, China ordered the US to close its own facility in the Chinese city of Chengdu on Friday morning.

Anti-China rhetoric is nothing new from Washington. President Donald Trump has overseen a trade war against Beijing for more than two years, and has portrayed the coronavirus pandemic as the fault of the Chinese government. However, the recent escalation of tensions also has a domestic political element. With just over three months to go until the presidential election, Republicans have bashed their Democratic opponents for being “soft on China.” Trump in particular has claimed that the Chinese are “desperate” to see Joe Biden win in November, “so they can continue to rip-off the United States.”

US officials are apparently also threatened by China’s rapidly growing economy, predicted to overtake the US in the 2030s. Attorney General William Barr played to this fear last week, accusing China of running an “economic blitzkrieg,” whose aim is to “seize the commanding heights of the global economy and to surpass the US as the world’s preeminent technological superpower.”