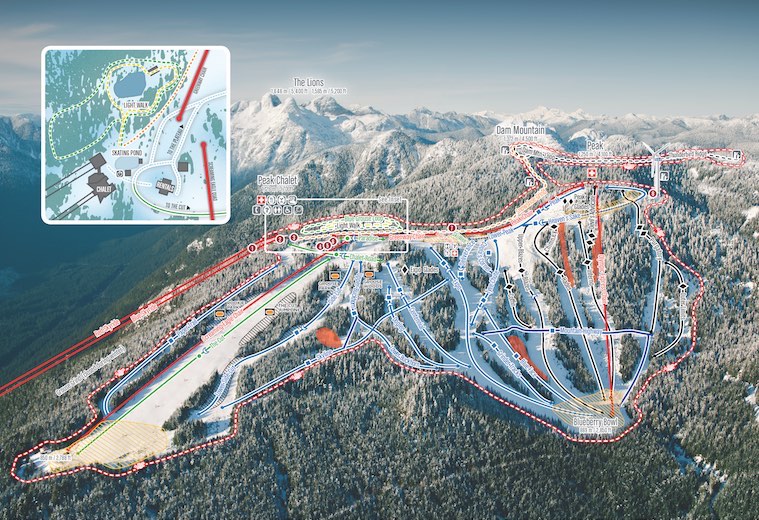 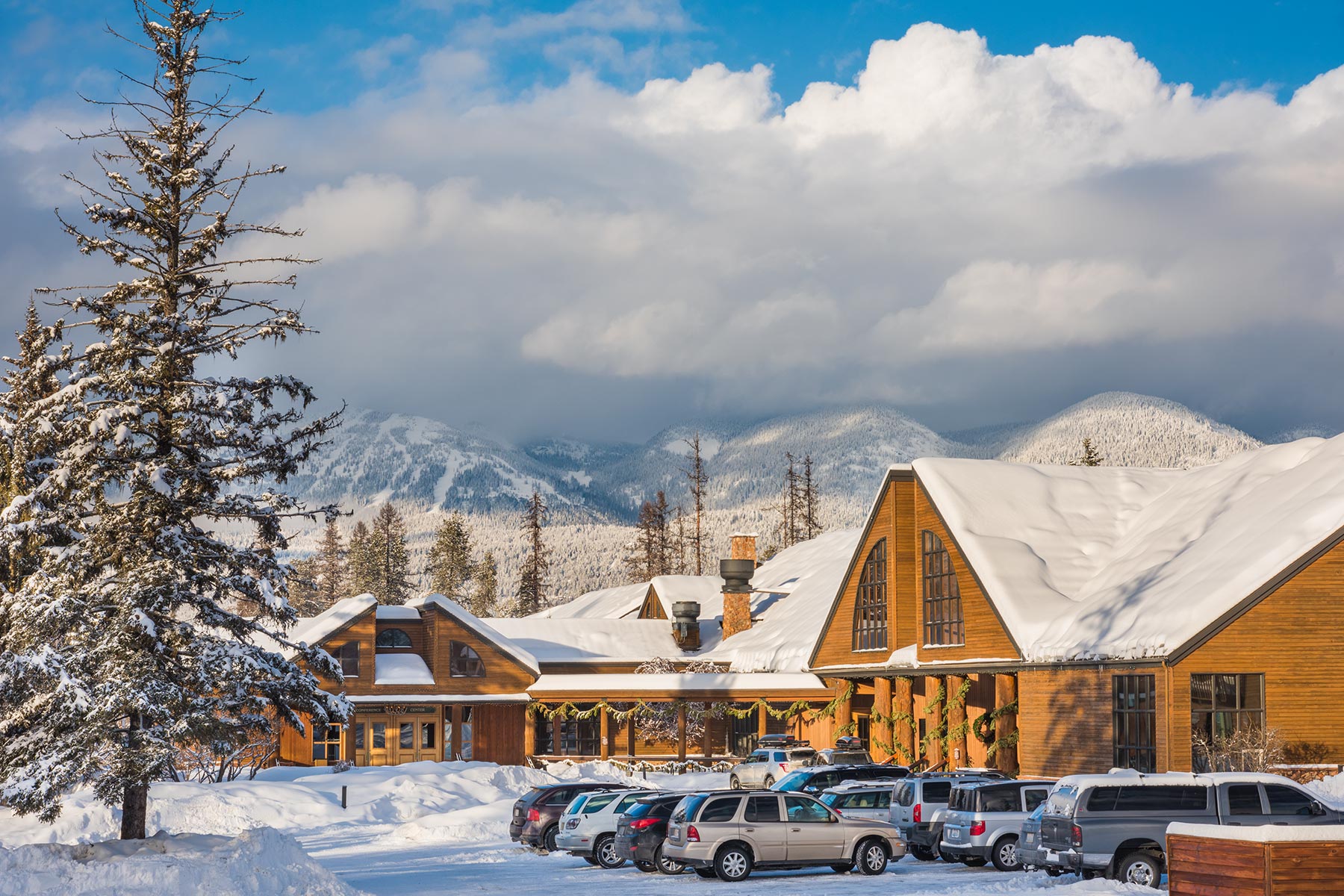 It’s a legendary ski resort perched on top of the mountains above Metro Vancouver, visible to all denizens below.
It’s a treasured spot for outdoor recreation that symbolizes the natural lifestyle of West Coast Canadians. And it’s just been bought for $200 million by a company from China.
The reported purchase of Grouse Mountain Resort is one of many recent sweeping real estate deals in Canada coming out of the authoritarian Communist nation of 1.3 billion people.
In light of China’s buying spree, perhaps it’s little surprise a new Pew Research poll says Canadians, unlike Americans and Latin Americans, now believe the populous East Asian nation is the “most powerful country in the world.”
What does China want from Canada?
And should Canadians, contrary to their welcoming prime minister, be worried about China’s interest in this land, particularly its urban real estate?
No Canadian region is more impacted by Mainland Chinese capital than Metro Vancouver, a relatively small city of 2.5 million.
The Hurun Report shows wealthy Mainland Chinese consistently rank Metro Vancouver among the top six most popular cities in the world to invest in residential real estate.
In 2015 alone, the National Bank of Canada estimated buyers from China poured $13 billion into Metro Vancouver real estate, one third of the total. Vancouver Sun and Province reporter Sam Cooper follows the flow of such money, a portion of which is illicit and often ignored by Canadian officials.
The large-scale financial speculation from China comes at a time when scholars increasingly maintain foreign investment in real estate is not a productive or healthy form of investment for Canadians, many of whom struggle with unaffordable housing costs.
Meanwhile, Mainland Chinese companies are only just getting started in buying up iconic Canadian “jewels” like Grouse Mountain Resort, according to bankers in Canada and China.
In addition to the sale of B.C. golf courses and marquee hotels, the reported sale of Grouse Mountain Resort comes on the heels of China’s Anbang Insurance spending $1.2 billion on four noted Bentall Towers in downtown Vancouver.
Anbang also poured $90 million into leasing the Fairmont Vancouver Airport Hotel, and recently snapped up Vancouver-based Retirement Concepts, one of the province’s largest retirement-home chains.
Anbang comes with no shortage of intrigue. It not only has close ties to the political elite of the People’s Republic of China, in June Chinese authorities detained Anbang’s chairman amid a crackdown on corruption. He’s disappeared.
UPDATE Monday, July 31: China orders Anbang to sell overseas properties

Meanwhile, the purported buyer of Grouse Mountain Resort, China Minsheng Investment Group, also has complex ties to China’s regime.
And that massive company is structured like China Investment Corp., which made a $1.7 billion investment in Vancouver mining company Teck Resources.
Teck Resources has donated more than $2 million to the B.C. Liberal Party.
These payments have led Dermod Travis, of Integrity B.C., to suggest the government of China is in effect donating to a Canadian political party.

So much for national sovereignty. So much for protecting Canadian politicians from outside money.
I have some respect for what Mainland China has accomplished in two decades — aggressively expanding into the second largest economy in the world, constructing massive infrastructure and confronting grave ecological challenges.
China is also trying, in a convoluted way, to restrict the money rich Chinese are sneaking out of their country. Beijing is attempting to impose strict limits on how much its multimillionaires can privately invest in foreign real estate.
This, even while China’s human rights abuses are too numerous to mention.
All in all, it’s naive to think China’s interest in Canada is completely harmless.
We should not deny the myriad ways the corporate arms of any superpower, like the U.S., can externally influence a medium power like Canada.
Economic occupation has long been a domination strategy, exemplified in the 20th century by the U.S.’s incursion into Latin America.
While Australia is warning China to keep out of its affairs, it’s not hard to find unsettling examples of what China’s companies have been up to in Canada.
After the federal Liberals agreed to a Chinese company, Hytera, buying Canadian telecommunications giant Norsat International, the Pentagon announced last month it is reviewing all its contracts with Norsat. Hytera has been accused of massive theft of Motorola’s intellectual property.
Meanwhile, in June, China signed an agreement with Canada saying it will stop conducting state-sponsored cyberattacks to steal Canadian private-sector trade secrets.
China’s pledge is strangely limited, though. It only purports to stop the hacking of corporations. It doesn’t stop China from conducting state-sponsored cyberattacks against the Canadian government or military.
Which is what it did in 2014, when Chinese hackers broke into the main computers at the country’s National Research Council.
China’s numerous breaches of Canadian security echo the warnings in an earlier secret report by the RCMP and the Canadian Security Intelligence Service, which was buried.
The Sidewinder Report concluded in the late 1990s that “China remains one of the greatest ongoing threats to Canada’s national security and Canadian industry.”
Days after the report was submitted,  Canadian Prime Minister Jean Chretien, immediately ordered all copies destroyed, however a few...went missing . So were the careers of many integrity-filled government officials.
That’s a lot of smoke over the years.
But Canadians remain largely uninformed, or sanguine. Many are following the lead of Trudeau, who is boldly, baldly pursuing more intimate ties with China’s imperious elite.
Trudeau has made it much easier for foreigners to buy up Canadian real estate and companies, by increasing the threshold at which foreign takeovers will be reviewed — to $1 billion.
Despite a recent Nanos poll showing most Canadians didn’t want to sell our high-tech companies to China, Trudeau’s public-relations efforts have convinced a slight majority of Canadians to support his pursuit of a free-trade agreement with Beijing.
There are pockets of resistance, however.
The federal NDP has called for reducing the threshold amount for foreign takeovers, to protect Canadian jobs and ensure offshore deals benefit most Canadians.
Conservative leader Andrew Scheer is opposing a trade deal between China and Canada, citing concerns about human rights, labour standards and state-connected Chinese companies.
Giving China preferential access to the Canadian market “would threaten the jobs of workers and businesses in this country,” said Scheer, saying Trudeau is trying to “appease” China.
It almost sounds as if Canada is preparing to have another debate about sovereignty.
That’s what happened more than two decades ago over the North American Free Trade Agreement, which didn’t exactly lead to average Canadians gaining more control over their futures.
How much does sovereignty count for Canadians, particularly in regards to China’s influence over the residential real estate market; over the basic human need of housing?
How large an opening do Canadians want to give to China.
Posted by Conan Doyle at 5:03 PM