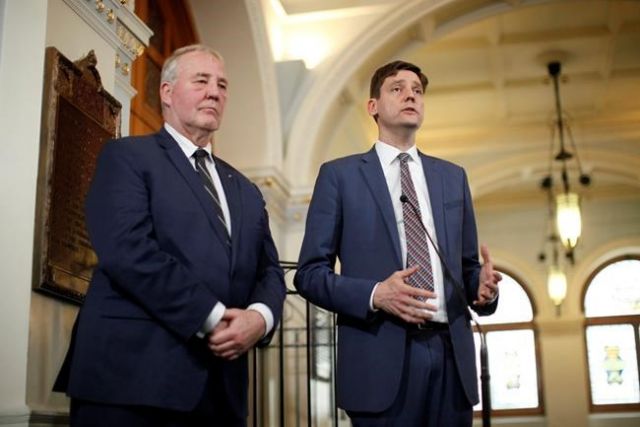 Photo: The Canadian Press
B.C. Attorney General David Eby and Federal Minister of Border Security and Organized Crime Reduction Bill Blair
B.C.'s attorney general says he's troubled by a report that finds there are no federal police dedicated to money laundering investigations in the province.
David Eby says despite two years of headlines that organized crime is laundering billions in illegal cash in B.C., the only dedicated RCMP presence is a provincially funded team fighting crime in casinos.
The information comes in the partial release of a money laundering report conducted by former RCMP deputy commissioner Peter German, who was appointed by Eby last fall to review the use of illicit money in B.C. real estate, horse racing and luxury vehicle sales.
German says his review found 26 federally funded positions on the RCMP's money laundering team in B.C., but not one of those was dedicated to money laundering investigations.
Eby says he is calling on the federal government, Trudeau [The PMO ] yet again, to devote officers and resources to fighting the problem, after two years of nothing. 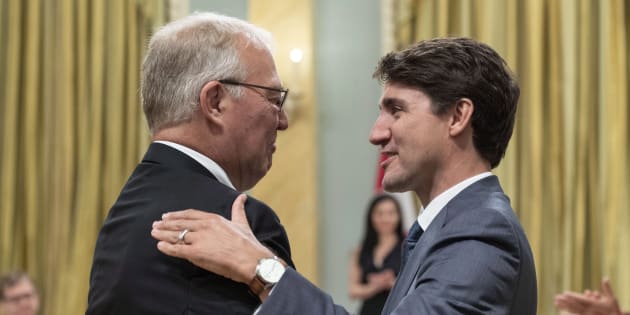 Organized Crime Reduction Minister Bill Blair, who has said previously that the federal government is committed to combating money laundering, was not immediately available for comment.

*Was Blair following orders from the PMO?
Posted by Conan Doyle at 5:59 PM